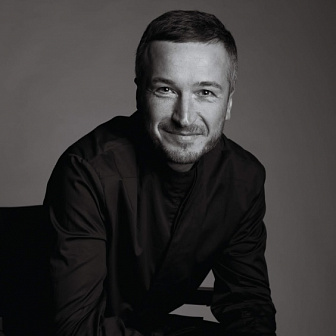 Artyom Abashev graduated from the Kazan Conservatoire as a pianist in 2007. In 2010, he completed his postgraduate studies at the Conservatoire. While a student, he was a recipient of the Richter Scholarship of the Rostropovich Foundation.

In season 2013/2014, he became a conductor of the Perm Opera. In season 2019/20, he became the principal conductor of the Perm Opera as well as the artistic director and principal conductor of the Perm Opera Chamber Orchestra. As an assistant to Teodor Currentzis, he contributed to the following projects: Purcell’s Indian Queen (2013), Schubert — Zender’s Winterreise (2014), Kurlyandsky’s Nosferatu (2014), С(h)oeurs at the Diaghilev Festival (2014), Mahler’s 1st Symphony (Salzburg, 2017) and Mozart’s La clemenza di Tito (Salzburg, 2017). In 2018, he conducted La clemenza di Tito himself in Amsterdam. At the Perm Opera, he conducts Verdi’s La traviata, Puccini’s La Bohème, Offenbach’s Les contes d’Hoffmann, Borodin’s Prince Igor, Tchaikovsky’s Eugene Onegin, Shostakovich’s Orango and Hypothetically Murdered, Prokofiev’s Cinderella, Tchaikovsky’s Nutcracker and Swan Lake, Adam’s Giselle, Minkus’s La bayadere, Rimsky-Korsakov’ Scheherazade, Meyerbeer’s Les Patineurs, as well as Stravinsky’s Ballets, Balanchine’s Ballets, and Jerome Robbins’s Ballets. He conducted concert performances of Weinberg’s Passenger (2014), Poulenc’s Dialogues des carmélites (2016), Strauss’s Ariadne auf Naxos (2016), Prokofiev’s Love for Three Oranges (2018), and Puccini’s Gianni Schicchi (2019). As a conductor and pianist, he performed with the Perm Symphony Orchestra, participated in the Mariinsky Festival, CONTEXT. Diana Vishneva, and Les Étés de la Danse with the Prométhée Orchestra and the Joffrey Ballet. In 2018, he participated in the Perm Ballet tour to Dublin with Swan Lake and the RTÉ National Symphony Orchestra. In season 2020/21, he was a musical director of the following productions of the Perm Opera: Mozart’s Don Jovanni, Prokofiev’s Love for Three Oranges, Tchaikovsky’s Iolanta, Anyuta to music by Gavrilin, Chansons gaillardes to music by Poulenc, as well as Ballets to Music by Russian Composers. In 2021, he was the musical director and conductor of the Vasily Barkhatov’s production of Gounod’s Faust.